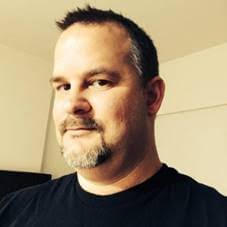 As general manager of Cloud + AI Developer Relations at Microsoft, Jeff leads the team reinventing Microsoft’s relationship with software developers around the globe.

This team is maniacal about making the world amazing for developers of all backgrounds. Jeff’s organization is excited to support and contribute to open source platforms, tools, and processes. As Developer Advocates, the team is spreading awareness of Azure and enabling developers to do what they love; write, code, and learn. Great online content (docs, demos, videos, code) is the foundation of everything they do.

Jeff and team are responsible for creating global developer online experiences for Microsoft like docs.microsoft.com, Channel 9, and dev.microsoft.com. They connect with developer communities through their programs including Microsoft MVP, Microsoft Regional Director, our annual Build conference and third-party developer events around the globe. Prior to Microsoft Jeff spent two years at Twitter as Global Director of Developer and Platform, building their Developer and Enterprise business. Prior to that Jeff was a 16 year Microsoft veteran.